The Science of Peak Oil

One of the many barbs often pointed at peak oil proponents is that they are constantly shifting the goal posts. Peak oilers are accused of changing the definition of what peak oil actually means, therefore the entire concept of oil production peaking is rubbish. Far from a valid criticism however, this is actually a scientific virtue. If any scientist dogmatically stuck with a rigid theory as the data repeatedly proved that theory to be incorrect then that would be cause for great concern. The fact however that peak oil theory has developed markedly since Hubbert Peak Theory in 1956 shows that peak oil proponents are willing to listen to the data and change accordingly. This is the basis for the entire scientific method: form a question, create a hypothesis, test the hypothesis, analyse the results and alter the hypothesis if required and then test again. This is the most successful framework that humanity has developed so far in order to further human scientific knowledge.

The core logic of science is simple: testing ideas with evidence. It is also worth noting that science is not static. It is constantly evolving. As the University of California, Berkley’s Understanding Science website states:

“...scientific conclusions are always revisable if warranted by the evidence. Scientific investigations are often ongoing, raising new questions even as old ones are answered.”

As the above quite makes quite clear, the “shifting goalposts” argument (commonly from economists) misunderstands how science works. Again from the University of California, Berkley’s Understanding Science website:

“The knowledge that is built by science is always open to question and revision. No scientific idea is ever once-and-for-all "proved." Why not? Well, science is constantly seeking new evidence, which could reveal problems with our current understandings. Ideas that we fully accept today may be rejected or modified in light of new evidence discovered tomorrow.”

This is exactly what has happened with peak oil. Hubbert Peak Theory works and has been proven with a number of natural resources such as coal and natural gas, not just with crude oil. There are of course also many instances where it doesn’t fit neatly and these are the areas we need to investigate further and understand why they act differently. This does not disprove the overall Hubbert Peak Theory in anyway.

That much of the criticism of peak oil comes from those working in economic fields is not altogether surprising. Economics is not called the “dismal science” for nothing. Historically economics has tended to be lead by blind ideology rather than evidence based research. Thomas Piketty’s Capital in the 21st Century has in part been so groundbreaking because it has used a plethora of evidence to refute many of the claims made by mainstream economists over the last 50 years. Many of the rebuttals against Piketty have misconstrued his arguments leading to Piketty going so far as to accuse the Financial Times of “dishonest criticism.” The “dishonest criticism” accusation could be made against many of the peak oil deniers as well.

A great example of how science builds on the work of past researchers and evolves over time comes from the field of atomic theory. Ernest Rutherford was first to postulate the structure of an atom. When he published his results his findings were widely scrutinized by the scientific community. Niels Bohr noticed a problem with Rutherford’s idea: it couldn’t explain why the orbiting electrons didn’t fall in towards the nucleus and collapse the whole atom. Bohr altered Rutherford’s initial model and proposed that electrons had set energy levels. Bohr had solved the problem and went on to win a Nobel Prize for his work. Many scientists have then built on and modified the Rutherford-Bohr model over the past 100 years. If we used the logic of peak oil deniers however, Rutherford should be admonished for getting it wrong in the first place and every scientist that has worked on atomic theory since should be treated with smug contempt for working in a “disproven field.”

We might also ask how so many intelligent, worldly people can be so blind to the multitudes of evidence that support the idea of peak oil. There are a number of examples from history where science got it blindingly wrong until good, solid evidence provided a paradigm shift. In the field of astronomy we have the battle of ideas between Copernicus and Ptolemy. Copernicus published his heliocentric model in 1543. For almost 1400 years before that humanity believed Ptolemy’s theory that the earth was the center of the universe. Peak oil deniers are the equivalent of Ptolemy’s supporters, refusing to acknowledge the data that consistently proves them wrong. It’s no coincidence that many peak oil take-downs are heavy on rhetoric and light on data. How else could you argue that peak oil doesn’t exist when presented with data such as in Figure 1?

Another example of a paradigm shift comes from the field of medical science. Until Louis Pasteur published his research on germ theory in the 1860s hand washing was almost non-existent for the majority of the population, including medical staff. Up until then doctors tended to attribute infections to “bad air” and blamed disease on imbalances of the "four humors" (blood, phlegm, yellow bile and black bile). Their blind faith in the intangible is as defensible as the blind faith of peak oil deniers arguing that technology will always save us from peak oil.

Third and finally is an example from genetics. DNA was discovered in 1869, but it wasn’t until Watson and Crick published the double-helix model in 1953 that scientists realised that DNA, not proteins were responsible for hereditary. Up until that point humanity had believed an idea that was later proven to be wrong. This is similar to the situation we are facing at the moment trying to convince society and especially those in power that peak oil is real and cheap energy will become increasingly scarce.

Hubbert Peak Theory has been tested numerous times in order to strengthen the model and point out any weaknesses. This is science in action. The influential peak oil website, The Oil Drum, is full of information testing Hubbert Peak Theory. Here is an example where Robert Rapier shows how it doesn’t work for the Texas situation. Because a model doesn’t work in one area doesn’t make it invalid per se, it just means we have to go back and find why it doesn’t fit and adjust the model and try again.

Where Hubbert did prove to be extremely accurate was in his prediction of United States crude oil production. In his seminal 1956 paper M. King Hubbert predicted the peak in crude oil production for “about 1970” based on initial reserves of 200 billion barrels (Figure 2).

The actual data shows he was extremely accurate. Figure 3 shows crude oil production peaked at 9,637 thousand barrels per day in 1970. Production then declined to a bottom of 5,000 thousand barrels per day in 2008 after which it climbed again astronomically with the shale oil revolution. It is worth noting that Hubbert did not include shale oil and tar sands in his 1956 analysis even though he did acknowledge their existence:

“Production of the world’s coal has already consumed about 3.7 percent of the minable reserves initially present, that of oil and gas about 7 percent, while the production from shale and tar sands has barely been started.” 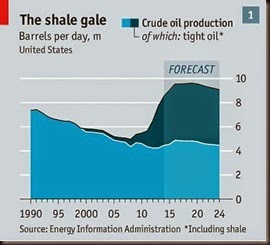 Figure 4: Forecast of United States Production of Crude Oil. From The Economist, 2014.

With the value of hindsight we now know how much of a game changer tight oil has been. We can see from Figure 4 that conventional crude (the oil production that Hubbert was forecasting) is predicted by the EIA to plateau and then continue declining. Tight oil, which Hubbert did not include in his 1956 analysis, makes up the bulk of the increase in United States crude oil production. 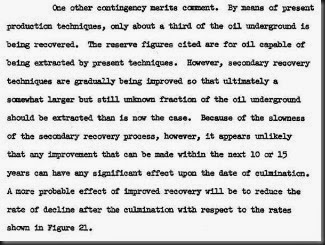 Figure 5: Hubbert on proved reserves. From Nuclear Energy and the Fossil Fuels, 1956.

Hubbert also acknowledged that only one third of oil was being extracted at the time of his analysis (Figure 5). The reserve figure he used for his peak oil prediction were using the proved reserves figure ie oil that can be extracted under current economic conditions with current technology. Tight oil and tar sands extraction technology barely existed in 1956 and only became widely used in the late 2000s.

If we look at the US crude oil proved reserves in the mid 1950s they were around 30,000 million barrels (Figure 6). This figure jumped considerably after the price of oil rose due to the 1973 oil crisis and then proved reserves gradually declined. It was only after the 2008 global financial crisis that record high oil prices and made shale oil economical to extract and thus we saw proved reserves rise again.

All this points to the fact that M. King Hubbert was largely correct with his predictions with the information he had on hand at the time. Where he got it wrong is cause for further investigation and an opportunity to further human knowledge. Peak oil proponents should constantly be seeking new evidence and strengthening our arguments. This is the scientific method in action. I look forward to seeing where the goal posts shift to next.