US Proved Reserves Set To Plummet

One of the big points that appears to have been largely missed over the last few weeks is that if WTI crude prices stay in the low $60 range, US proved reserves will plummet. Proved reserves over the past few years have been based on a spot price of around $95. 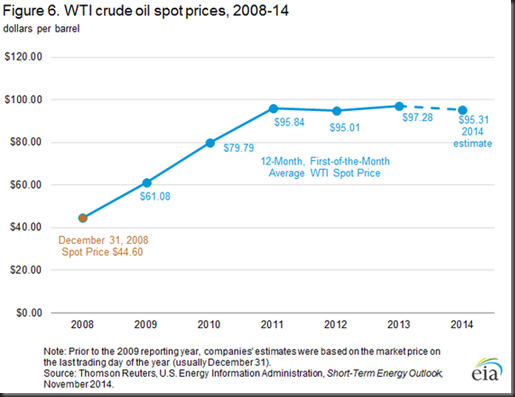 “Proved reserves of oil are generally taken to be those quantities that geological and engineering information indicates with reasonable certainty can be recovered in the future from known reservoirs under existing economic and geological conditions.”

If oil prices stay low the US could be in for a big shock and the mythical “energy independence” will be even further from their grasp. Now of course drilling technology has advanced greatly since 2009 and will lessen the impact. However it is also worth noting that many shale companies have yet to actually make a profit and this price drop could be enough to send investors running which will have further negative impacts.

Posted by Southern Limits at 9:30 PM